Science Behind It: Understanding Moisture Vapor Transmission and Moisture Mitigation

When it comes to moisture content within concrete substrates, it’s all about water and pressure. Water is the lifeblood of concrete — without enough water in a concrete pour, the substrate is weak and will prematurely deteriorate. However, if a concrete slab contains too much water, pressure will force the moisture to the surface, creating a substrate condition that is not conducive to proper coating adherence. Coatings that are applied to substrates with too much moisture are subject to delamination and, ultimately, to complete coating system failure. 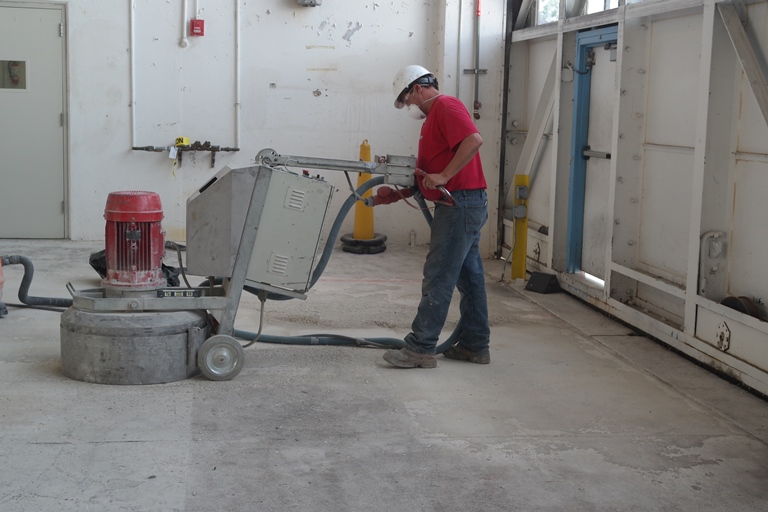 To understand how to solve the moisture problems, it is important to take a look at the composition of concrete first, as well as how to determine the moisture content within concrete substrates.

What’s in a Name?

Although many people use the terms “concrete” and “cement” interchangeably, one is actually part of the other. Cement is the powder that is mixed with water, sand, and aggregate to create concrete. When cement is added to these ingredients, a chemical reaction takes place that binds them together and forms a concrete substrate. Depending on the thickness of the concrete pour and environmental factors, such as ambient temperature and the humidity of the air, concrete typically takes several weeks to cure. Even after this time, a cured concrete substrate can still contain almost two-thirds of the moisture from the original mixture. This amount of water is too much for a coating system to adhere properly to the surface. Over time, the concrete continues to dry through moisture vapor transmission. The pressure within the porous substrate draws moisture up through capillary action to the surface of the slab where it evaporates into the atmosphere. The only way to determine if concrete is dry enough to receive a coating system or if moisture mitigation is necessary is by conducting moisture testing.

The most common test to measure the moisture vapor emission rate (MVER) is the calcium chloride test. This test is typically administered every 1,000 square feet (93 m˛), and it consists of sealing a small dish of calcium

chloride under a plastic dome on a clean section of concrete. The salt absorbs the moisture under the dome over the course of 72 hours. At that time, the weight gain is calculated and used to determine the MVER. This method is described in ASTM F1869, Standard Test Method for Measuring Moisture Vapor Emission Rate of Concrete.

Another form of testing is the relative humidity method, where in situ probes are inserted into holes drilled into the substrate. This method is described in ASTM F2170, Standard Test Method for Determining Relative Humidity in Concrete Floor Slabs Using in situ Probes, and it measures the moisture content within the substrate rather than just at the surface.

Although it may seem as if moisture issues only occur within newly poured concrete, older concrete slabs can also require moisture mitigation. If the concrete was not allowed to cure properly when it was originally poured, too much water was in the mix, or the vapor retardant that was placed underneath the concrete was faulty, a major moisture problem could be hidden within the concrete’s porous composition. For this reason, moisture tests should always be performed prior to the application of any coating system on concrete regardless of its age. 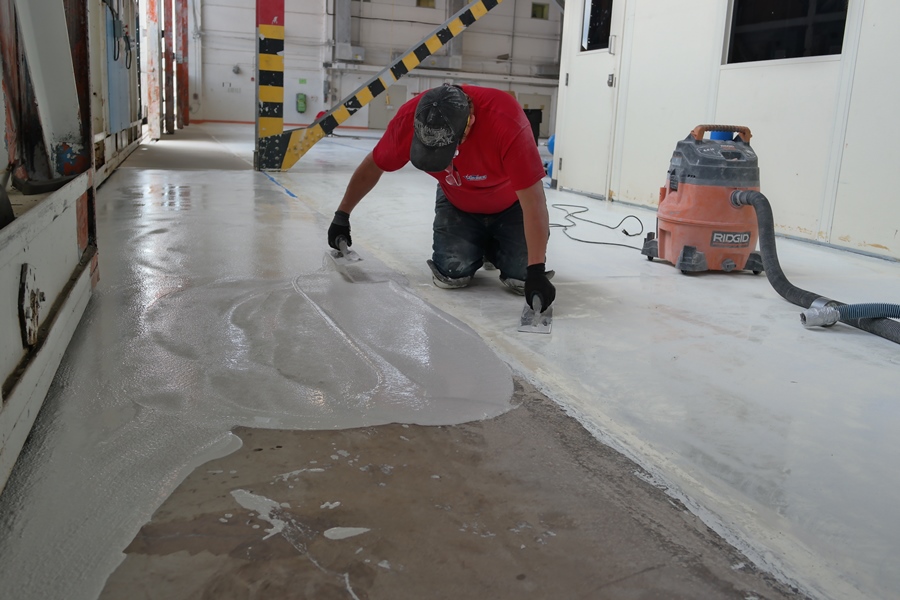 To solve the moisture issue, Floorcrete mechanically prepares the concrete and applies a moisture mitigation system. One of the most effective moisture mitigating system Floorcrete uses is a three-component, water-borne, solvent-free, moisture-tolerant epoxy and high-performance cementitious self-leveling slurry mortar. This system is specially formulated chemistry takes the standard A and B components (epoxy and emulsion hardener) and mixes them with a C component that is a cement copolymer. This cement copolymer cross-links with the water in the concrete substrate and creates a bond that is greater than the pressure trying to move the moisture upward. In other words, this system blocks the water from coming to the surface and orients it laterally throughout the substrate. 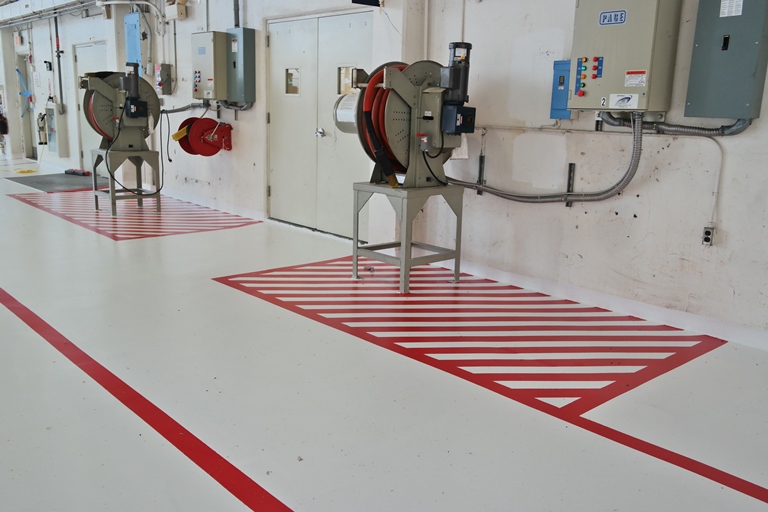